He said some phone conversations between at least one of the shooters and other people are being investigated. The announcement means the FBI has become the lead investigative agency, taking over from San Bernardino police.

“As of today, based on the information and the facts as we know them, we are now investigating these horrific acts as an act of terrorism,” said Bowdich, assistant director of the FBI office in Los Angeles. 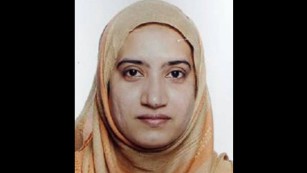 The announcement came several hours after a revelation about Tashfeen Malik, the female shooter in the Wednesday massacre that left 14 dead and 21 wounded.

She posted a pledge of allegiance to ISIS leader Abu Bakr al-Baghdadi on Facebook while the shooting was happening, three U.S. officials familiar with the investigation told CNN.

Malik’s post was made on an account with a different name, one U.S. official said. The officials did not explain how they knew Malik made the post.

A Facebook official told CNN that a post that went up about 11 a.m. Wednesday that violated the company’s community standards that prohibit the promotion of terrorism or the glorification of violence. It was taken down Thursday.

The mass shooting may have been inspired by ISIS, a law enforcement official said, but none of the officials said ISIS directed or ordered the attack. ISIS has called for people worldwide to launch attacks in its name but isn’t known to have claimed credit for what happened in San Bernardino. 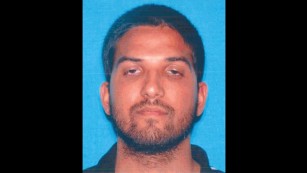 Malik and her husband, Syed Rizwan Farook, burst into a holiday party for the environmental health department he worked for and opened fire. They were killed elsewhere in a shootout with police.

No one has been arrested in connection with the massacre, but authorities say arrests are possible.

“This is looking more and more like self-radicalization,” a law enforcement official said.

Farook’s relatives didn’t know the couple held radical views and have no idea why the couple burst into the party for Farook’s co-workers and viciously opened fire, family lawyers said. Nor did the family know the couple had a makeshift bomb lab in the apartment they shared with their 6-month-old daughter and Farook’s mother.

“It just doesn’t make sense for these two to be able to act like some kind of Bonnie and Clyde or something,” Farook family attorney David S. Chesley told CNN’s Chris Cuomo. “It’s just ridiculous. It doesn’t add up.”

Another official said authorities haven’t ruled out that others may have influenced this radical view. In addition, the law enforcement source said investigators think a workplace issue with religion may have sparked the killings.

Neither Farook nor his wife had gotten into trouble with the law, according to police. Neither was on any list of potentially radicalized people.

But it’s not known what connections Malik, who was born and raised in Pakistan and moved to Saudi Arabia about the age of 19, had with any terrorists or groups.

Investigators are exploring Farook’s communications with at least one person who was being investigated for possible terror connections. Some were by phone, some on social media.

“These appear to be soft connections,” an official said, meaning they were not frequent contacts. Farook’s last communication with the contacts was months ago.

A federal official said Farook has “overseas communications and associations,” but it’s not yet clear how relevant they are to the shootings. “We don’t know yet what they mean,” the official said.

Family lawyer Mohammad Abuershaid said that Farook traveled twice to Saudi Arabia — first in 2013 for the Hajj, the annual pilgrimage to Mecca that Muslims are required to make at least once in their lifetimes, then again to marry Malik, whom he’d met through an online dating service.

Bowdich said that he went to Pakistan, as well, though Abuershaid denied that.

Did a workplace dispute boil over?

The shooters didn’t make it easy for authorities: The hard drive from their computer is gone, and two relatively new cell phones were found smashed in a garbage can near one of the crime scenes, law enforcement officials said.

Bowdich called this an attempt to destroy “digital fingerprints.” 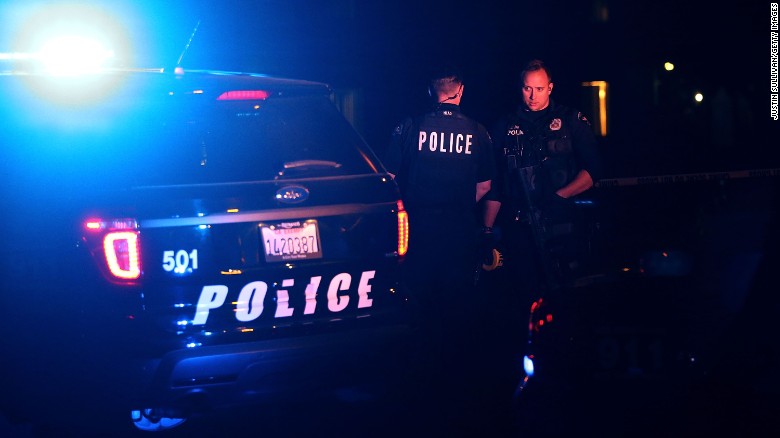 The men were sticking by their strongly held positions but were not fighting, Stephens said.

Thalasinos’ widow, Jennifer, said he was quite verbal about terrorism. “He’s very upset about whatISIS has been doing and the radicalized Muslims,” she said. 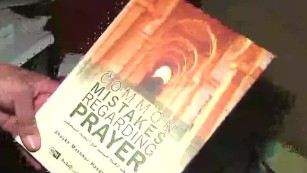 Take a look inside the San Bernardino shooters’ home 01:49

Even those who knew Farook best didn’t see anything to suggest something nefarious, according to family representatives.

That included Farook’s mother, who thought nothing of it when the pair had her watch their 6-month-old girl while they went to a doctor’s appointment, Abuershaid said. The lawyer didn’t know if there ever was a doctor’s appointment — only that the mother initially worried that Farook had gotten shot, not that he was doing the shooting.

Chesley expressed surprise that Malik, whom he described as being “about 90 pounds, so it’s unlikely she could even carry a weapon or wear some type of a vest or do any of this,” could have been an active participant in the horror.

A mob of reporters was allowed inside Farook and Malik’s rented Redlands townhouse Friday, getting a glimpse at how they lived.

Much of it appeared relatively mundane — from a hanging clock to couches to many baby items like a crib, ExerSaucer and other toys.

But there were also hints of something more, like shattered glass, boarded-up windows and lists of items seized by federal authorities. The FBI always leaves behind such lists after a search.

A look inside the San Bernardino shooters’ home

Authorities searched the house earlier and found pipe bombs, thousands of rounds of ammunition inside the house and more guns.

The FBI inventoried what they found and returned custody of the home to the landlord. The inventory listed parts for guns, about 5,000 rounds of ammunition, tools, gun boxes, holsters, electronics, Christmas lights, a thumb drive, a laptop and a cellphone with a SIM card missing.

Asked whether authorities were concerned about media entering the couple’s apartment, Bowdich replied: “Once we turn that location back over to the occupants of that residence or once we board it up, anyone who goes in at that point has nothing to do with us.”